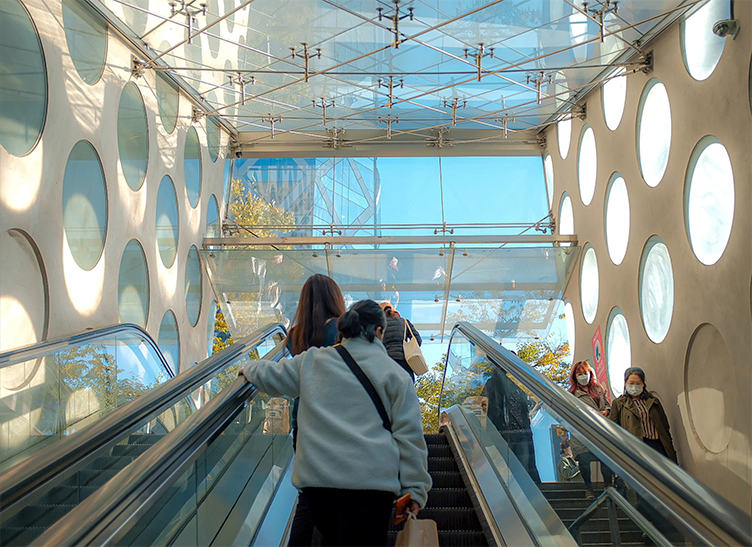 While it is difficult to see beyond the current Covid crisis, with a vaccine on the horizon, it is time to look to the future. However history views this time, for us at nr2 it is already abundantly clear that Asia is no longer an emerging market. What’s more, some of the prevailing views about the region are dangerously outdated.

Semiconductors are telling us something.

Those who follow public markets might have noticed that the market capitalization of the semiconductor sector, for the first time in history, surpassed that of the energy sector this year.

This development highlighted just how much data is reshaping our world and the lives we lead. Let’s remind ourself why the semiconductor, at its simplest just a transistor which conducts electricity, has come to have such a global impact. Semiconductors, when combined together into microchips, run computations through tiny electronic switches. The key word is ‘tiny’.

The number of transistors on a microchip has doubled every two years, though the cost of computers has halved. This is otherwise known as Moore’s Law, and it has broadly held true since it was termed in 1965. This progress has made personal computer devices affordable worldwide.

The rise of the semiconductor industry, and the ability to harness data, also reflects increasing demand to process large volumes of data

We see this having two major effects.

It matters where hardware is made.

The ability to develop and produce data processing hardware has become a core national infrastructure asset, an indicator of a country’s investment in the future.

Manufacturing semiconductors is extremely difficult and only a few countries in the world are able to. Looking at the semiconductor foundry market quickly. That demand reflects a shift from a world in which assets hold value, to one in which the ability to process data holds value.

In Figure 1, we see that it is dominated by Asian countries. We believe this infrastructure is likely to lead to growing geopolitical influence for these countries.

Education is happening less and less in the classroom, and is no longer limited to those who can afford it.

It’s now possible to attain high levels of knowledge on any subject, particularly in the fields of science, technology, engineering and mathematics, for free on the internet. This access to knowledge is transforming how people are learning.

This affects the outlook for traditional tertiary education institutions and opens up higher education for people who otherwise may not have been able to afford to go to university.

The value of the best educational institutions in the world, such as Harvard, MIT, Oxford or Cambridge, is increasingly based on the networks they provide rather than just the level of instruction.

This change in how people learn is evident across Asia, where we are seeing extremely strong demand for online education across not just the younger generation but also people in their twenties and thirties. This is undoubtedly behind a growing and highly innovative culture of Asian entrepreneurship.

Figure 2 is a Venn diagram with 7 dimensions. It shows 7,042 companies in China created in the last 3 years that are using emerging technologies across 7 sectors we follow. It also shows that emerging technology is becoming integrated into every aspect of the Chinese economy.

While most of these startups will fail, their innovations, as a whole, are increasingly competitive anywhere in the world.

Together, these factors are triggering a shift towards Asia, which many analysts underestimate.

Every two years, Boston Consulting Group – one of the most recognized strategy consulting firms in the world –issues a report on emerging market ‘challengers’ – companies which are changing the status quo.

In this year’s list of 100 tech challengers, companies with annual growth rates of on average 70%, 65 came from Asia. Most of the revenue growth of these Asian companies derives from their local markets, not international expansion. Together, this tells us that Asian markets are important in and of themselves.

This is uncontentious. What we do take issue with is BCG’s category of ‘emerging market’, which includes economic and technological behemoths like China, Israel, and South Korea. These markets have emerged, and it is out of date to say anything else.

Moreover, from a technology perspective, Europe is the emerging market.

For example, last week my co-founder Jordan – who, incidentally, writes a weekly newsletter on innovation in China and South Korea – visited a coffee shop in Seoul operated by robots, and used his phone to purchase a drink from a cloud-connected fridge.

These innovations might seem futuristic, like something out of a sci-fi novel. But they’re not exciting possibilities for the future. They are the normal reality, right now, for millions of people. And this example is just the tip of the iceberg.

And what of the USA? How will China compare in technology innovation to the United States in the decade to come?

These markets have emerged, and it is out of date to say anything else.

For us the easiest way to answer that is to look again at education: China is graduating 1.3m science, technology, engineering and mathematics students annually. In the USA, the number is 0.3 million. This is before we take into account self-educated talents: in 2019 China graduated 0.5 million self-taught students.

At nr2, we uncover hidden technological gems, and predict how they will impact global markets. As we look forward to 2021, it’s clear that Asia is quickly becoming the global center for not only data infrastructure, but knowledge building and innovation.